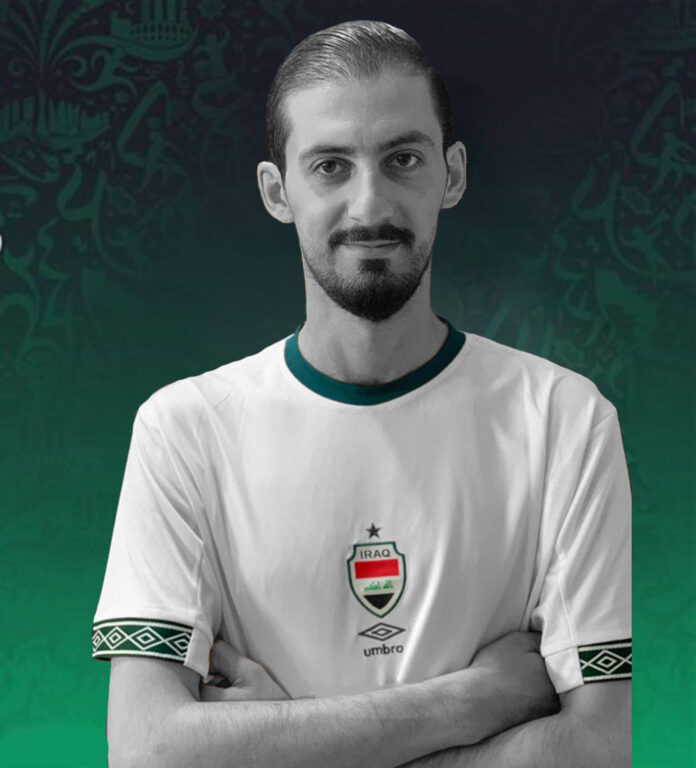 The Iraqi national football team and Zakho FC player, Ahmed Adel Alykob, confirmed that he will not rush into returning to the stadiums, and that he will wait until he is fully recovered from the effects of the serious injury that befell him during the last period.

In an exclusive statement, Alykob said that the cartilage damage injury he befell the during a previous training camp of the Iraqi national team is one of the most severe types of injuries and that he needs to fully recover before returning to the stadiums again; and he added that the poor pitch of most Iraqi stadiums is an other reason making him not to rush into rejoining training with his team Zakho.

He pointed out that, according to the diagnosis of the doctor supervising his treatment, he has to wait two weeks from now to fully recover, and will gradually rejoin the training sessions in preparation for reaching the required readiness to return to his team Zakho and the Iraqi national football team again.

Regarding his expectation about rejoining the Iraqi national football team in the next two matches against Iran and Lebanon on the twenty-seventh of this month, in the Asian qualifiers for the FIFA World Cup Qatar 2022, Alykob stated that his absence from these two matches is almost certain, but he affirmed that he will enter into a race against time to rejoin the Lions of Mesopotamia in the Arab Cup finals at the end of next month.