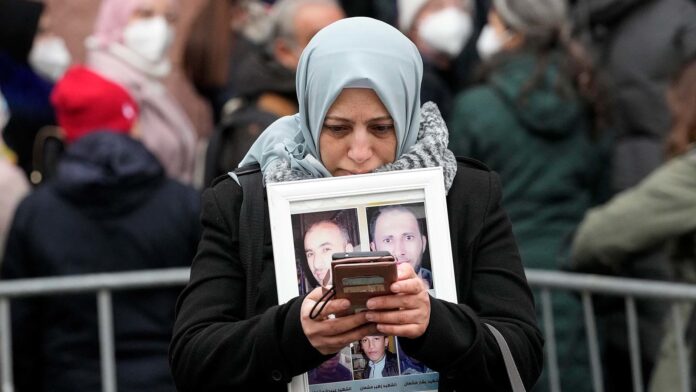 An appeals court from Germany has sent to prison for life a Syrian colonel for his crimes against humanity in the famous prison located situated in Damascus.

Anwar Raslan was implicated in the torture of more than 4,000 people during Syria’s civil war in prison known as “Hell on Earth.”

It’s hard to imagine the suffering the prisoners at the notorious Syrian Al-Khatib prison were subjected to.

At the core of it, the controversy was the 58-year old Raslan had been accused as a senior security officer in the administration of the presidency of President Bashar al-Assad. During the protests, massive protests against the government were violently smashed in 2011.

Many protesters and other people suspected of being against the regime were arrested and held in the Al-Khatib facility in Damascus, which, according to the prosecutors that Mr. Raslan controlled operations.

Anwar Raslan was detained in Germany in 2019 after successfully applying for asylum in Germany. He denied every charge against him, claiming there was absolutely nothing to do with the abuse of prisoners and that he did try to assist prisoners.

The trial of the accused is unique because of many reasons. It’s the first time that an attempt has taken place the state’s torture regime in Syria and was inspired by the entry into Germany of many Syrians who fled their country.

A large portion of the nearly 800,000 Syrians living in Germany brought with them horrifying tales of what happened to people who fought against the Assad regime. German human rights advocates took up their cause by employing the universal jurisdiction principle to present the case in the tribunal. This permits serious crimes that have been committed in one nation to be prosecuted in another country.

Wolfgang Kaleck, head of the European Centre for Constitutional and Human Rights that has been the leader in the case, said it’s tough to discuss justice when you consider that thousands were tortured. So many thousands have been killed as a result.

Most importantly, the trial has given voice to the people the Assad regime attempted to disarm. 50 survivors have presented testimony to the judge in Koblenz, and 24 of them are co-plaintiffs in this case.

The stories of the victims are shocking. The court heard about how prisoners were beaten and sprayed with cold water. Some were sexually assaulted or hanged on high ceilings for days. Torturers ripped their nails and gave electric shocks.

One of the survivors told me they could listen to shouts of those being tortured all day long. Another survivor said that his attackers employed specific “tools to make their point and were clearly enjoying the work they did.

He is now facing the possibility of life in prison.

Prosecutors were encouraged by the conviction in the year 2000 of another Syrian official in a similar trial. Eyad al-Gharib, who assisted in the takeaway protesters later tortured and murdered and sentenced to prison for four and five years for his role in the crimes against humanity.

Lawyers are working on cases against various other suspects, but ultimately they’d like the guilty to justice those who are at the highest level of command.

Bashar al-Assad has stated that he’s been following the trial, but he and the regime have denied allegations of torture or “disappearing” hundreds of thousands of his citizens.

This trial has a second reason: to create evidence that can be used in future cases. Alongside witness testimony, prosecutors in Koblenz have used evidence from the “Caesar files”: gruesome images smuggled from Syria by a whistleblower of the regime that depicts the dead corpses of thousands believed to have perished in detention facilities, some of whom are believed to have been tortured.

It also serves as a reminder of the ongoing suffering of many Syrians.

Wassim Mukdad, who was arrested in 2011 and is now in Germany, is expected to appear at the trial for the decision as he has testified at the court.

Many stories haven’t been told, he adds: “Either because they are still detained now – while we’re talking, they’re suffering torture and horrible situations in the detention centres. Or because they were murdered.”

Then, he says that people were killed while trying to get to Europe by boat, drowning in the sea or freezing at Europe’s frontiers.